AAA’S ‘DIAMOND’ RANKINGS HONOR NC RESTAURANTS, HOTELS AS BEST IN THE US 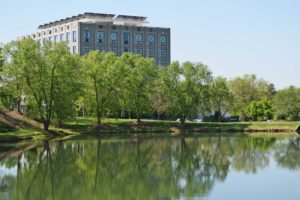 Nine restaurants and 17 hotels in North Carolina rank among the best in the United States, according to AAA.

AAA announced Monday that it is honoring the hotels and restaurants with its “Four Diamond” designation, reserved for the most highly-rated restaurants and hotels in the nation. Eleven of them were in the Triangle this year.

Chapel Hill has the Carolina Crossroads Restaurant (15 years) and Il Palio Ristorante (27 years), along with the Carolina Inn (20 years) and The Siena Hotel, Autograph Collection (21 years).

Other central and Eastern North Carolina cities rounded out the list.

“AAA’s requirements for a Four Diamond rating are scrupulous, and those achieving this status are among the finest hotels and restaurants in the country,” said Dave Parsons, president and CEO of AAA Carolinas. “Less than 4 percent of annual inspections conducted nationally result in a Four Diamond rating.”

AAA gives the Four Diamond Awards annually to qualified hotels and restaurants in North America. AAA’s Diamond Rating is one of the few hotel appraisal systems that rely on physical on-site evaluations, according to the news release. AAA’s inspection team members assess each of the eligible properties based on comfort, cleanliness, security and offered services and amenities.